On Sunday, May 17th, the Okinawa Association of America (OAA) will bring the sights, sounds, and spirit of the Ryukyu Islands to the James R. Armstrong Theatre in Torrance! Titled “Utayabira Wuduyabira” – which means “let’s sing, let’s dance” in Uchinaaguchi (the Okinawan language) – this biennial concert is one of the only recurring events in Los Angeles that celebrates and shares the performing arts of Okinawa.

The music of Okinawa ranges from festive to melancholy with soulful singing and a traditional 3-stringed lute called sanshin. Other instruments include koto (zither), taiko (drum), and fue (flute). The event will also feature the popular drum-dancing group, Ryukyukoku Matsuri Daiko – Los Angeles Branch (translated as “Ryukyu Kingdom Festival Drums”). The taiko group will be presenting a 20th Anniversary show at the Redondo Beach Performing Arts Theater on October 17th of this year. 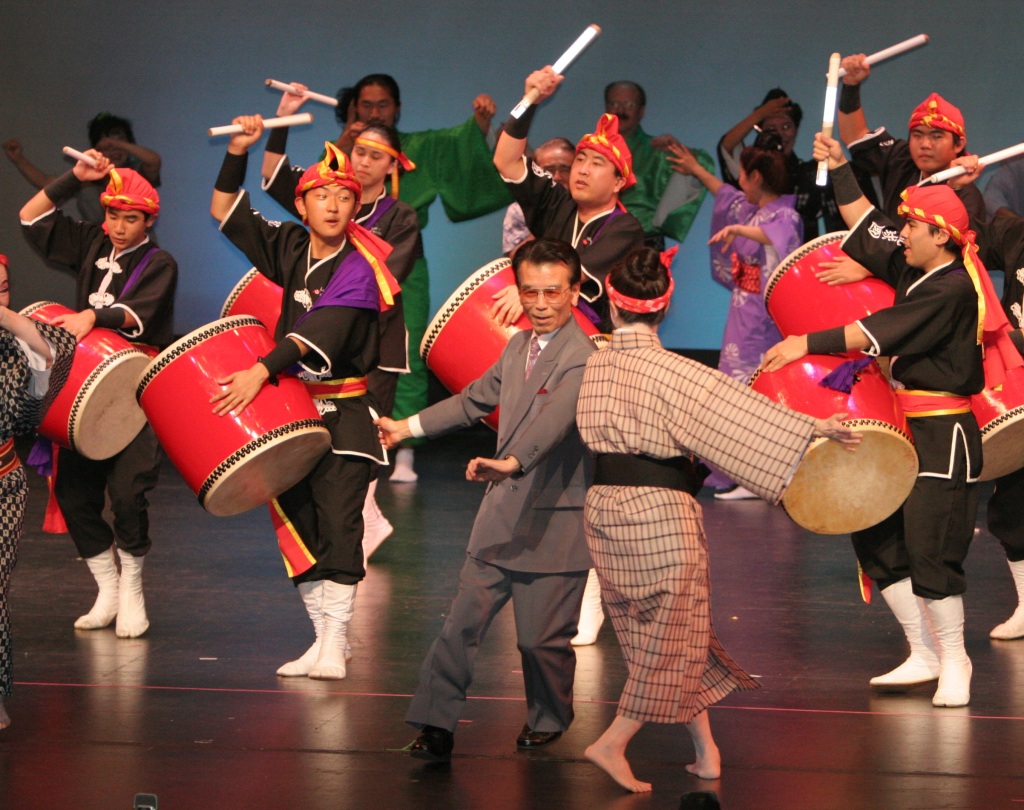 Utayabira Wuduyabira is organized by the OAA Geinobu (Performing Arts Committee) and will highlight eighteen local Okinawan performing arts groups. The 100+ performers in their resplendent and traditional costumes are sure to dazzle the audience with their talents in classical as well as folk music and dance. This is an event that you don’t want to miss!

Traditional Okinawan folk music by Ryukyu Minyo Aikoh Kai and featuring one of the most popular instruments in Okinawa, the sanshin.